We have innovative, tailor made packages that can be adapted to suit the needs of any visiting group; our residentials are a football club experience that you will not be able to find anywhere else in the world.

Visiting teams will experience an advanced football program that is specifically designed to support holistic development for every player. Sessions and fixtures are delivered to incorporate and target the four key areas of an individual’s game.

Our FA/UEFA qualified coaches create a playing environment that is engaging, enjoyable and educational; a true Chelsea experience that will leave a lasting impression.

This is a unique insight into the world of a young professional player at Chelsea FC. We have an exceptional coaching curriculum that is designed and delivered by Chelsea FC Foundation’s International Department; our highly experienced coaches provide expert football provision.

The fundamentals of individual development (technical, physical, psychological, and social) are embedded into every training session, and player learning is stimulated through indivisualised challenges. Our coaching blueprint ensures that game related practices with high levels of decision making.

On-field coaching is tailored to the level of the individual, focusing on skills development through demonstration, practice and feedback. Self reflection and goal setting are integral to the programme. Varied styles of delivery coupled with the enthusiasm that our coaches have for the game, will mean that every player will feel motivated to become the best that they can be. 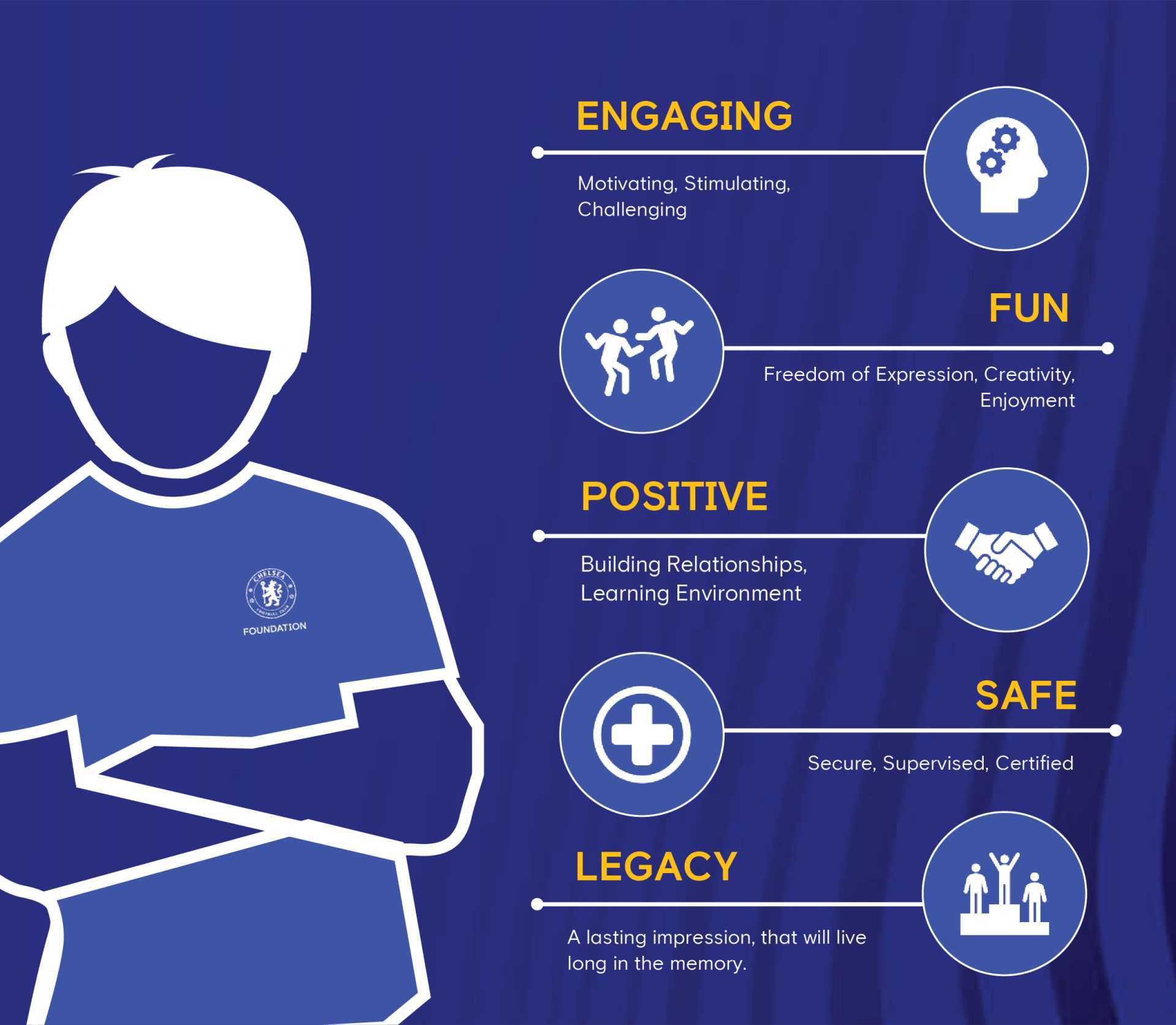 Stamford Bridge is the home of Chelsea Football Club, based in Fulham, adjacent to the borough of Chelsea in South West London.

Built in 1876, the 12.5-acre site has been renovated on a number of occasions to make it into the stadium it is today. 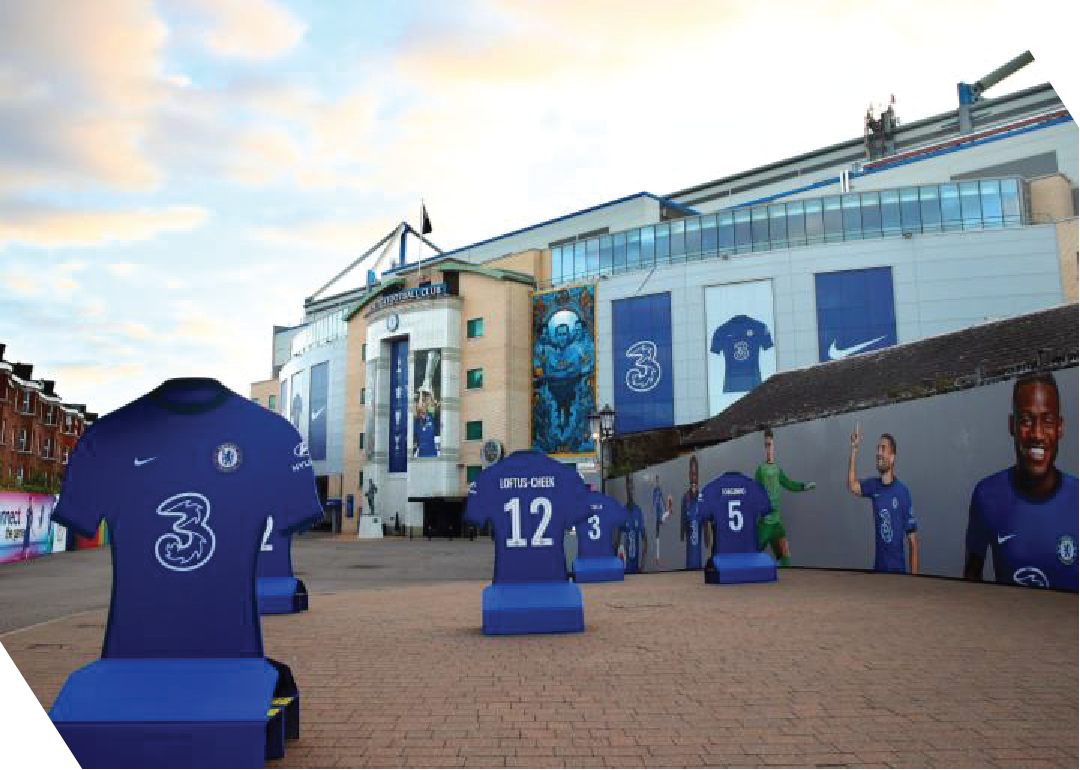 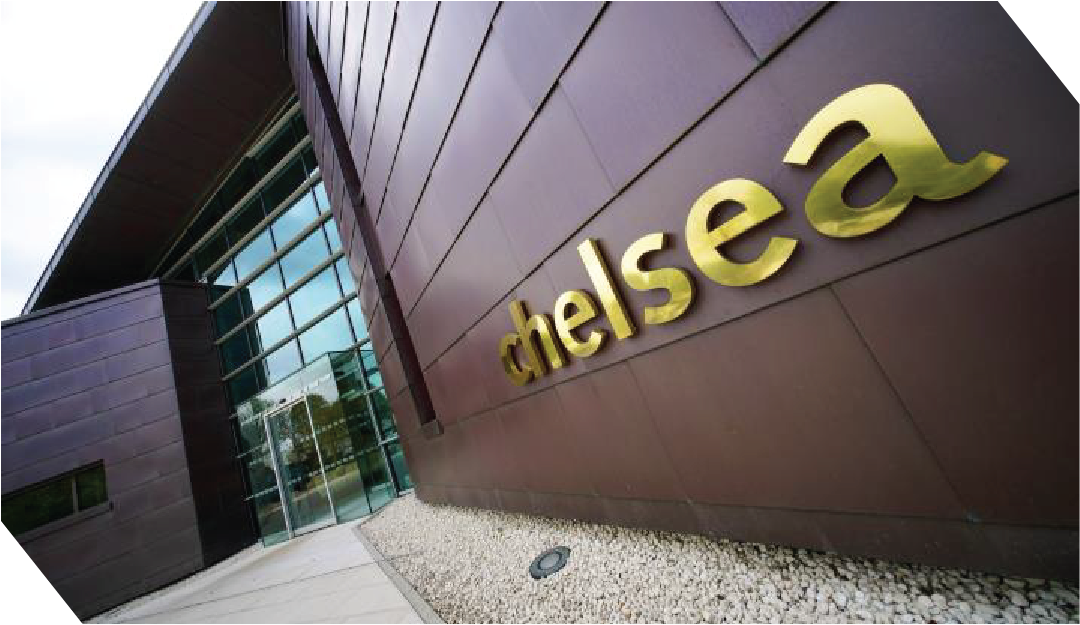 The multimillion-pound training complex in Cobham, Surrey, boasts some of the best facilities found at any football club in the world.

Visiting teams will have the pleasure of exploring the breath-taking Cobham site with a guided tour from our coaches.

Chelsea FC Residential Tours give the unique opportunity to visit and have training sessions based at the prestigious Chelsea FC Training Ground. The complex has 34 football pitches and is 140 acres in size.

Cobham Training Ground houses Chelsea FC Men’s and women’s first team, U23’s players, Academy, and programme sdelivered by Chelsea FC Foundation. Gain special access to our private site, and train in adjacent to the players from across the club. 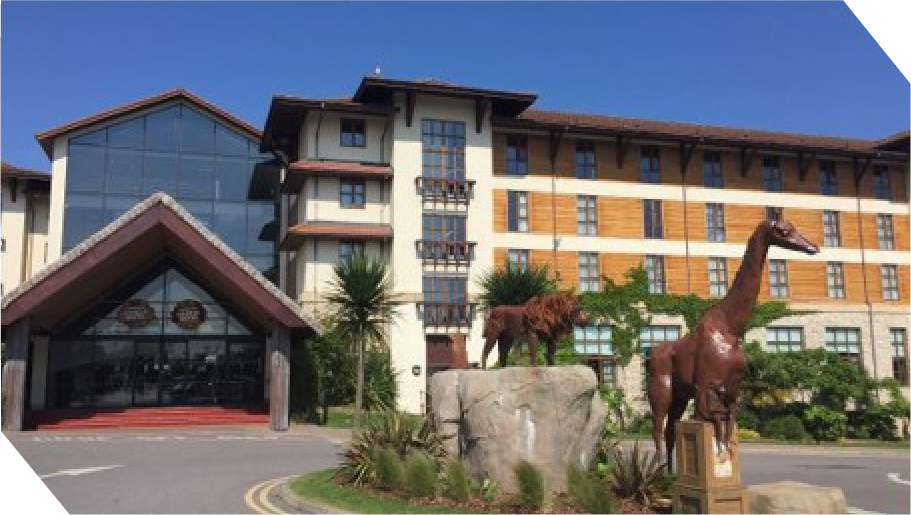 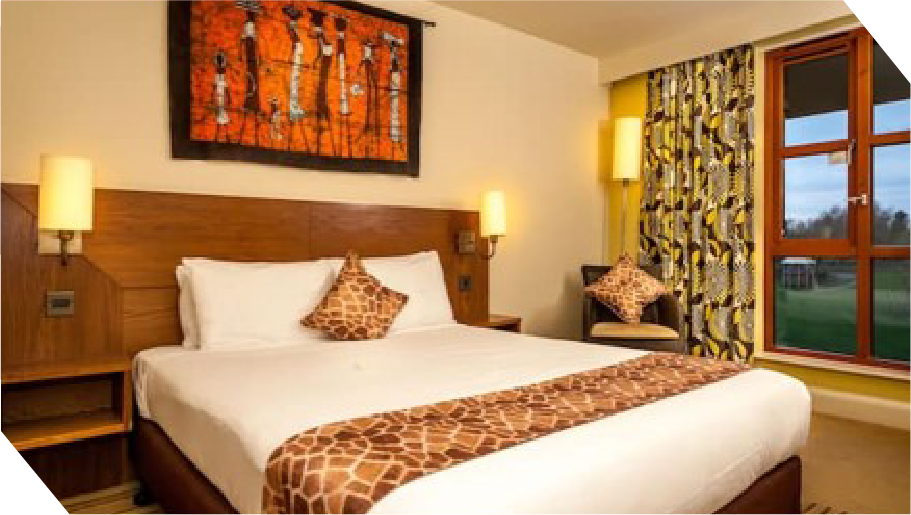 Preferred accommodation subject to availability a booking link will be sent to you upon confirmation. Chessington World of Adventures Resort

is a theme park, zoo and hotel complex in Chessington, Greater London, England, around 12 miles south west of Centre London.

The Azteca Hotel is the newer of the two and opened in 2014. The hotel is four star and themed around an ancient Aztectemple. The hotel has three floors, with each floor themed to a different level of the temple. The “Temple Summit”) is decorated to give the impression that guests are on top of the structure looking out at the wildlife around.

All accommodation has been rigorously checked by Chelsea FC to ensure that all facilities meet the premier standards of the club. Visiting groups can feel safe in the knowledge that their every need will be catered for in comfortable surroundings.

Discover one of the world’s greatest cities touring some of London’s iconic landmarks, including Big Ben, Buckingham Palace and the London Eye to name a few. Spend half a day taking in the sights giving you plenty of opportunity to capture the perfect picture. Other London attractions can be included to make the visit bespoke to the group’s needs.

The tour of Stamford Bridge is not to be missed, home of the incredible Chelsea Football Club. It is a fun, informative and unforgettable experience, enjoyed by sports fans of all ages, from all over the world.

The fully guided one-hour tour will take you behind the scenes giving you access to all areas normally reserved for players and officials only. Stadium tours include entry to the Museum, giving you the chance to see how Chelsea FC has evolved on and off the pitch to become one of the greatest football clubs in the world. 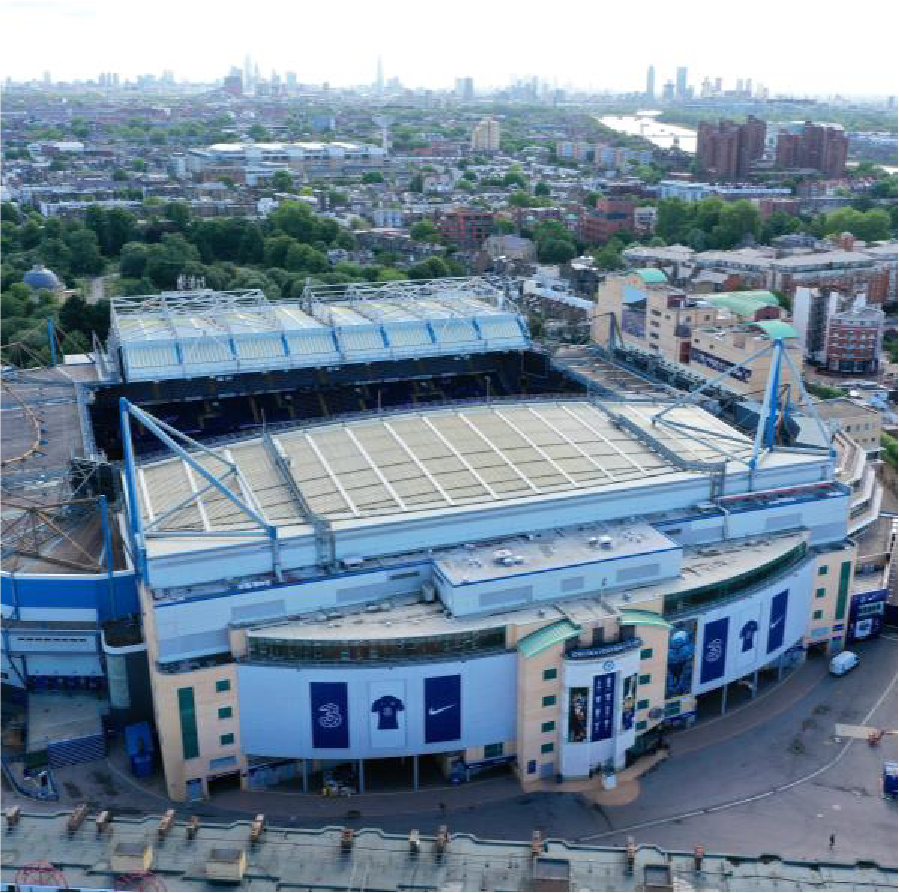 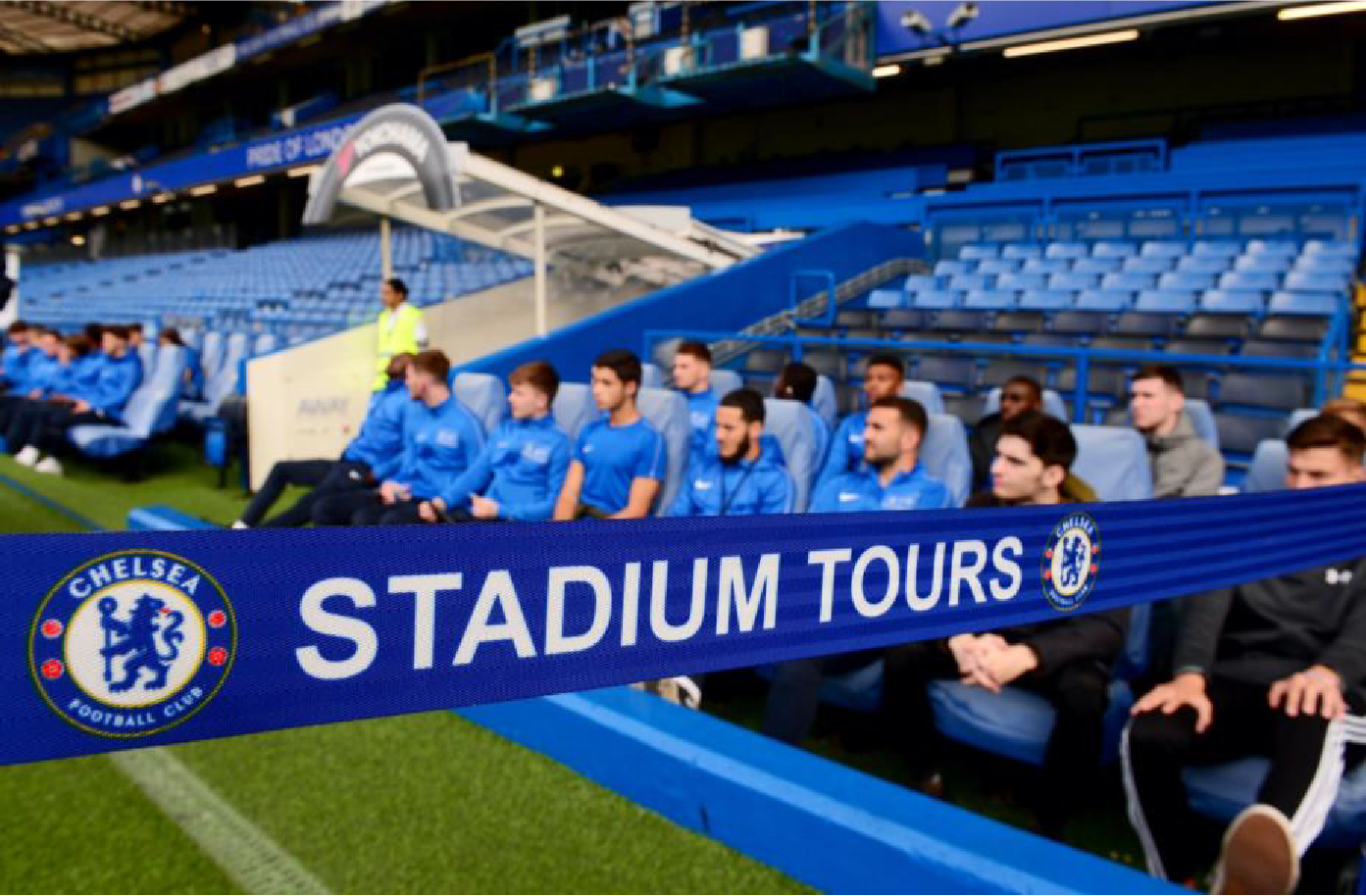